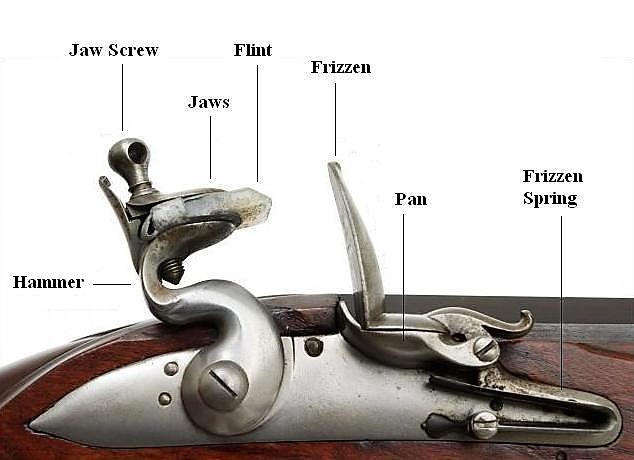 The phrase flash in the pan denotes a thing or person whose sudden but brief success is not repeated or repeatable.

The priming was kindled in the flash-pan by a spark from the flint, a bright flame travelled though the touch-hole and ignited the main charge of gunpowder in the barrel, which discharged the firearm and sent the bullet towards the target.

On occasions, the spark caused the priming to flash in the pan, that is to say to flare up without then exploding the main charge.

Flash in the pan, an explosion of gunpowder without any communication beyond the touch-hole. When a piece is loaded, and upon the trigger being drawn, nothing but the priming takes fire, that piece is said to flash in the pan.

Contrary to what the Oxford English Dictionary (2nd edition, 1989) indicates, the earliest recorded use of to flash in the pan is not from Reflections on several of Mr. Dryden’s plays particularly the first and second part of The conquest of Granado (London, 1687) by the poet and playwright Elkanah Settle (1648-1724), but from Notes and Observations on the Empress of Morocco (London, 1674), a pamphlet in which the playwrights John Dryden (1631-1700), John Crowne (1641-1712) and Thomas Shadwell (circa 1642-1692) denigrated Settle:

The Poet perhaps makes a distinction betwixt Saluting and Greeting. Sea Captains do indeed observe differences in the manner of Saluting, according to what it is they Salute, a Merchant Man, a Man of War, or a Castle; but they know no difference between Saluting and Greeting, or rather Greeting seems a very absurd Tearm, for a Salutation at Sea. But the Poet seems to make it a higher sort of Salutation; observing still their Rules in Saluting: For if it be but an Emperour you meet with, then you are but to Salute with Breath; that is, to flash in the Pan only: But if a King, then Greet is the word, and you let off all the Thunder and Lightning; that is, you fire all your upper and lower Teer; for King is a more thundring Title than Emperour.

The earliest occurrence of a flash in the pan that I have found is from Some Verses sent by a Friend to one who twice ventur’d his Carcase in Marriage (1703), by the English pamphleteer, satirist and translator Thomas Brown (1663-1704):

Then to make up the Breach all your Strength you must rally,
And labour and sweat like a Slave in a Gally;
And still you must charge, O blessed Condition!
Tho you know, to your cost, you’ve no more Ammunition:
Till at last the poor Tool of a mortified Man
Is unable to make a poor Flash in the Pan.

In the above-mentioned military dictionary, Charles James explains that the French verb rater means to snap, to flash in the pan, to misfire. This verb is from the obsolete phrase prendre un rat, literally to take a rat. Charles James writes:

According to the French lexicographer Émile Littré (1801-81) in Dictionnaire de la langue française (Paris, 1872), the phrase prendre un rat is from rat in the figurative sense of whim, caprice. There were expressions such as avoir des rats dans la tête*, literally to have rats in the head, meaning to be whimsical, unpredictable. A firearm that misfired was therefore seen as having a whim.

(* avoir des rats dans la tête is similar to the English phrase to have a bee in one’s bonnet.)

Littré also indicated that the phrase prendre un rat was used intransitively (i.e. without a direct object) in the generic sense to fail, and that rater was used transitively to mean to be unsuccessful in.

This verb is now particularly used in the following senses:
– to miss: elle a raté son train, she has missed her train
– to make a mess of: rater sa vie, to make a mess of one’s life
– to fail (an exam): j’ai raté mon examen de maths, I failed my maths exam.

The past participle of the verb, raté (feminine ratée), is used as a noun:
– in avoir des ratés: le moteur a des ratés, the engine misfires
– meaning, of a person, a failure: c’est un raté/une ratée, he/she is a failure.