“T. C. E.” corrects the phrase “balmy in the crumpet.” It should be, he declares convincingly, “barmy on the crumpet”—barmy being derived from the term barm, signifying yeast. The conjunction of barmy and crumpet is now explained. To be frothy in the head sounds quite as bad as having a spider in one’s ceiling. Ugh!

The noun barm denotes the froth that forms on the top of fermenting malt liquors. It is used to leaven bread, and to cause fermentation in other liquors. This is why the literal senses of the adjective barmy are:
– of, full of, or covered with, barm,
– frothing.

Therefore, barmy came to be applied figuratively to a person who has a ‘frothy top’, that is to say, insubstantial brains. The earliest attestation of this is in The Cherrie and the Slae (around 1585), by the Scottish poet Alexander Montgomerie (circa 1550-1598):

In The Scourge of Villainy (1598), the English poet, playwright and satirist John Marston (1576-1634) used barmy-froth to designate an empty-headed person, and the Scottish novelist and poet Walter Scott (1771-1832) used barmy-brained in the sense foolish in St Ronan’s Well (1824):

The adjective balmy, from the noun balm, means yielding or producing balm, of the consistency of balm, hence, delicately and deliciously fragrant, deliciously soft and soothing, and, of wind, air, weather, etc., deliciously mild, fragrant and soothing.

It seems therefore peculiar that balmy has come to mean weak-minded. This figurative sense is first attested in London Labour and the London Poor (1851), by the English author and social reformer Henry Mayhew (1812-87), who defined it as meaning insane in a list of street-patterers’ slang words: 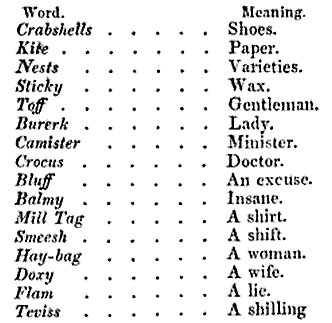 It is most likely that, in fact, balmy in this sense is a variant spelling of barmy, because:
1-: barmy has been applied since the 16th century to a person who has insubstantial brains,
2-: balmy is first recorded in the sense weak-minded in the mid-19th century only,
3-: both words have the same pronunciation (transcribed /ˈbɑːmi/ in the International Phonetic Alphabet), since neither the l of balmy nor the r of barmy are pronounced.

In this respect, it is interesting to compare the original and the revised editions of Slang and its Analogues Past and Present, by the British lexicographer John Stephen Farmer (1854-1916). In the first edition (1890), he did not even mention barmy and gave the following definition of balmy, and one quotation only, that from Mayhew’s book:

Balmy—Dull-witted; thick-skulled. In this sense balmy is used up and down the whole gamut of imbecility from mere stolidity to downright insanity. Popularly used, it signifies in most cases little more than shallow-brained or muddle-headed; or, to use slang equivalents in their most familiar sense, ‘to be touched,’ ‘to be wrong in the upper story,’ ‘dotty.’ Among thieves, however, it is usually applied to insanity, ‘to put on the balmy stick’ being, among convicts, to feign madness.

In the revised edition (1909), the perspective is completely modified, and balmy is presented as a variant of barmy:

Barmy (or Balmy)—Excited; flighty; empty-headed (i.e. full of nothing but froth); barmy-brained = crazy; barmy-froth = a simpleton; muddle-head; to put on the balmy stick (prison) = to feign madness.

And Farmer quotes Henry Mayhew again (balmy: insane), but this time along with other authors, such as the above-mentioned Alexander Montgomerie, John Marston and Walter Scott, who all used the spelling barmy.