In use from 1975 onwards, and accompanying a series of humorous illustrations, this slogan for Heineken was invented by Terry Lovelock (born 1946) for the British advertising agency Collet Dickenson Pearce & Partners.

In The Guardian (London and Manchester, England) of Friday 12th September 1975, Richard Boston mentioned the role of the slogan in the increase in sales of Heineken lager:

In the first week of August, sales of Heineken lager were 90 per cent higher than in the same week last year and for the whole month the increase was one of 60 per cent. One must take into account that this summer has been exceptionally thirst-making while last summer was exceptionally dismal, and furthermore that Heineken has been promoted by an unusually clever advertising campaign—Heineken refreshes the parts other beers cannot reach. Even so it is a remarkable performance […].

These are two advertisements for Heineken, published in the Daily Mirror (London, England): 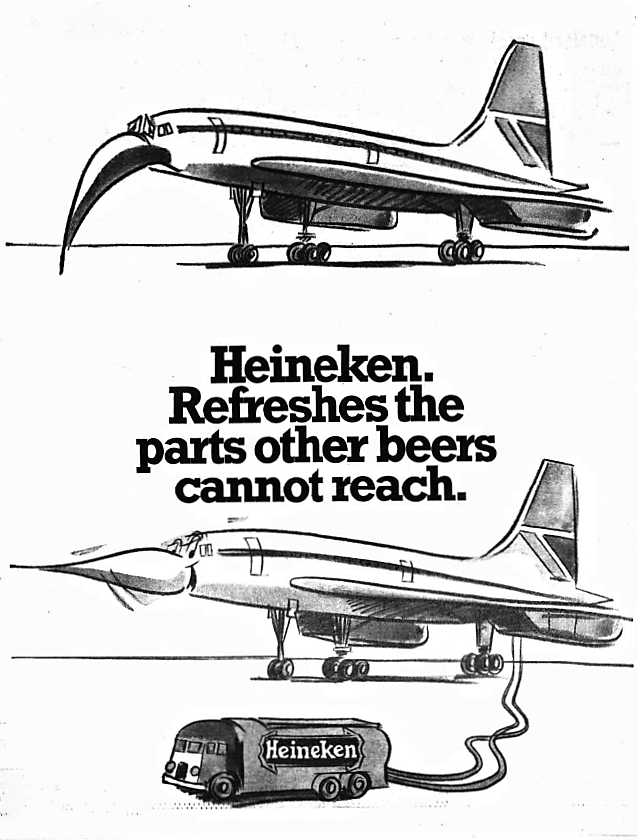 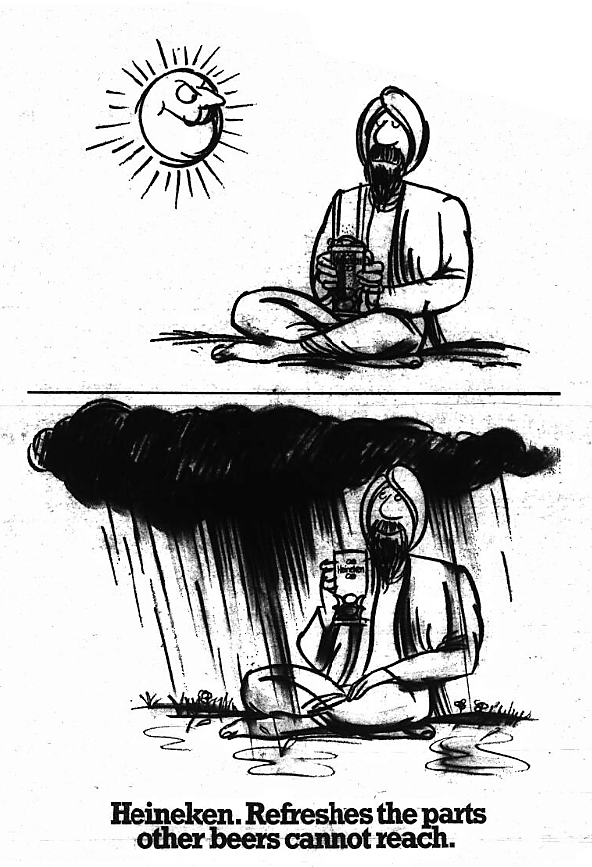 Published in the Sports Argus (Birmingham, West Midlands, England) of Saturday 6th August 1977, the following cartoon plays on the contrast between two beer slogans, one for Heineken and the other for Guinness—the name of which is here modified as Glinness. In a football stadium where can be read the beginning of the slogan Glinness is good for you, a player of the team sponsored by Glinness misses a goal, and the referee tells one of his teammates:

I think your centre forward needs some of the beer which refreshes the parts other beers cannot reach! 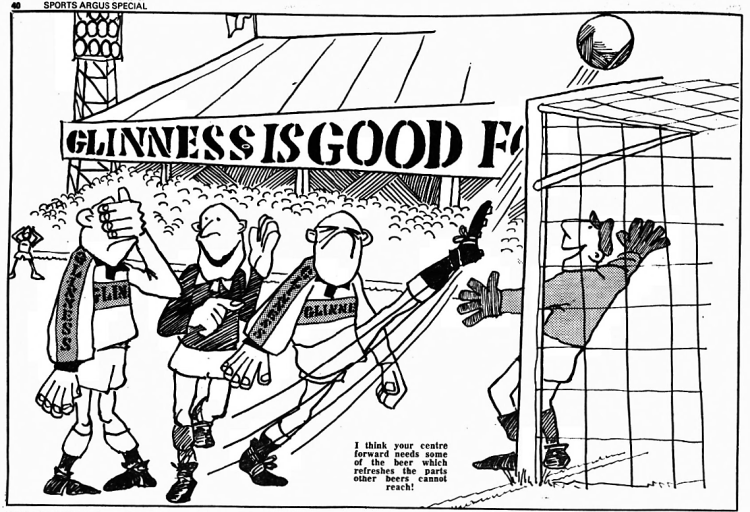 The earliest occurrence that I have found of the phrase refreshes the parts other — cannot reach is from Beethoven’s sure cure, published in the Liverpool Echo (Liverpool, Merseyside, England) of Tuesday 1st June 1976:

William Leece/Philharmonic Hall.
About a century or so ago, many wise musicians of traditional leanings were of the considered opinion that a surfeit of Wagner produced all sorts of hideous afflictions, and could even make you go blind.
Since then man has landed on the moon, Liverpool have won the Football League championship nine times, and the physical health of mankind has improved markedly. And overdose of romanticism no longer precipitates outbreaks of the plague, but at times it can still bring about a dull pain between the eyes.
The cure, of course, is a dose of Dr Beethoven’s Patent Musical Tonic. It refreshes the parts other composers cannot reach, and when dispensed by Lawrence Foster and Misha Dichter out of a bottle labelled Royal Liverpool Philharmonic Orchestra, it positively invigorates and rejuvenates.

The pattern refreshes the parts other — cannot reach is of course open to risqué double entendres. For example, the second occurrence that I have found is from this advertisement for Blue Belle (1976), an X-rated film about the sexual adventures of a seventeen-year old who has just left convent school, with the French actress Annie Belle (Annie Brilland – born 1956)—advertisement published in the Liverpool Echo (Liverpool, Merseyside, England) of Tuesday 22nd February 1977: 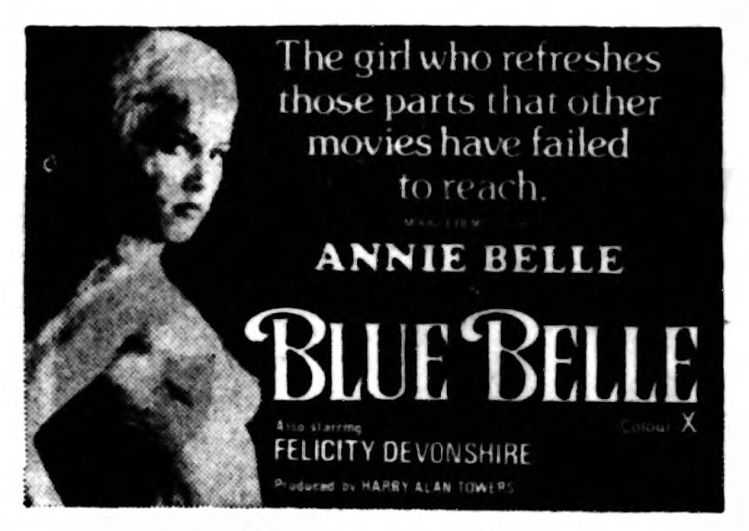 The girl who refreshes those parts that other movies have failed to reach.

Andy Melvin used the phrase about a soccer match between Aberdeen and Morton in his column Grandstand View, published in the Evening Express (Aberdeen, Aberdeenshire, Scotland) of Saturday 19th August 1978:

Shooting star, Joe Harper’s 90-second goal was the kind that refreshes the parts other goals fail to reach! He breasted down a brilliant Sullivan cross and on the run bulleted the ball under Connaghan from 10 yards.

Stephen Walsh wrote the following in the Music section of The Observer (London, England) of Sunday 10th December 1978:

As usual the London Sinfonietta refreshes the parts other orchestras don’t reach.

Sometimes, reaches is substituted for refreshes—as in the following by June Sparey, published in the Evening Post (Reading, Berkshire, England) of Thursday 15th December 1977:

I have now bought another hot water bottle, and have just found the perfect way to heat up at least that portion of the bed which my body occupies.
First, place the bottle for about 15 minutes in the approximate position your posterior will rest when it first hits those icy sheets. It takes the shock away.
Then rapidly kick the bottle down the bed to warm the tootsies. I get very cold tootsies.
When tootsies begin to glow, heave the bottle back up the bed and place it near the posterior. Remarkable how a bit of warmth in that direction reaches the parts other etc etc cannot reach . . .