These phrases, which originated in military slang during the First World War (1914-18), are extended forms of that’s the stuff, which dates back to the mid-19th century—the earliest occurrence that I have found is from the account of an electoral meeting, published in The Express (London, England) of 21st March 1851:

The election of a successor to Mr. Sheil in the representation of Dungarvan was commenced in due course yesterday. The scene was opened with the usual noise and uproar […].
[…]
Mr. Ponsonby then came forward and endeavoured to obtain a hearing. In the course of his efforts for that purpose, he was understood to say that he approved of all the liberal measures of the present perliament [sic]; but whilst he did so he could not help condemning the enactment of the Papal Bill—(“Bravo, hear him boys, that’s the stuff.”)

The earliest occurrence of that’s the stuff to give ’em that I have found is from an article titled British Boys at the British Home for Incurables, by “One of the Patients”, published in the Norwood News (South Norwood, County Borough of Croydon, England) of 7th July 1916:

The popular pastime at the Home just now is billiards, at which game the British Army range themselves against the British Home. Tournaments are encouraged and arranged by the secretary, who presents prizes to the winners.
To watch these vigorous overgrown schoolboys at play, one finds difficulty in realising that they can be the same men who, but a few weeks ago, were at grips with death in the trenches, and they themselves have obviously entirely forgotten the horrors they have passed through and to which they will ultimately return. Their remarks, during the progress of the game, are distinctly characteristic of their calling, “Good shooting, sir. That’s the stuff to give ’em,” and such like military expressions applaud every big break.

The second-earliest occurrence of that’s the stuff to give ’em that I have found is from the account by “a Liverpool man, leading stoker on board the great dreadnought H.M.S. Colossus, […] of the North Sea battle, in which the vessel was hit, but not damaged seriously”—account published the Liverpool Echo (Liverpool, Lancashire, England) of 20th July 1916:

One thing worthy of mention is that while we were in the thick of it the Acastra, a destroyer, passed us on the port side. All hands who were left were on the forecastle cheering as we passed them, and shouting such remarks as:—“Up the slosher”—a nickname for this ship—“Sock it into them,” and “That’s the stuff to give ’em.” Very plucky of them, don’t you think? They seemed to be at a boatrace instead of in action.

The following paragraph evokes the popularity of that’s the stuff to give ’em among civilians and soldiers—it is from Miscellany, in The Manchester Guardian (Manchester, Lancashire, England) of 25th April 1917:

1 R.A.M.C. is the abbreviation of Royal Army Medical Corps.
2 In military slang, number nine denoted a laxative pill frequently prescribed in the armed forces as a cure-all for minor illnesses or doubtful symptoms.

This cartoon by Bert Thomas 3 was published in The Sketch (London, England) of 18th May 1921:

That’s the Stuff to Give ’Em! 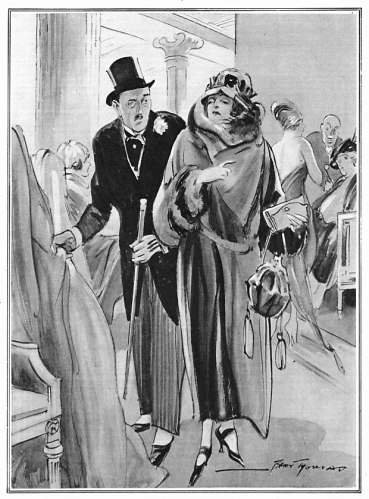 The earliest occurrence of that’s the stuff to give the troops that I have found is from a letter to his family in the USA that one Russell Moore, an aviator in the United States Air Force, wrote from Amesbury, in Wiltshire, England, on 13th March 1918—letter published in the Mexico Weekly Ledger (Mexico, Missouri, USA) of 23rd May 1918:

I have just received a package from Mrs. Luchsinger containing a pair of wristlets, a knit helmet and a large box of candy. That’s the stuff to give the troops.

The second-earliest occurrence of that’s the stuff to give the troops that I have found is from The Calgary Daily Herald (Calgary, Alberta, Canada) of 10th October 1918:

With the Canadian Forces in France, Sept. 13.—There’s an expression here in France as common as khaki: “That’s the stuff to give the troops.” Commonly it is used jocularly, though it has its foundation in the real needs of the soldiers.
And since the most immediate needs are physical, I set out yesterday to see what the fare of the boys is just back on the firing line.

The phrase that’s the stuff to give the troops came to be used among civilians—as mentioned by The Manchester Guardian (Manchester, Lancashire, England) on 4th May 1920:

War Slang at Cambridge.
The war has imported much new slang into the universities. Before the war you might damage yourself on a motor-bicycle, but to-day you “crash,” with the result that your “old ’bus” becomes a wreck. Anyway, the machine was “a complete dud.” Possibly you were exceeding the speed limit and “prog” 4 hears about it. Before the war you would have gone “on the carpet”; now you are “for it.” A smoking party is a “gas attack.” Any articles in your rooms now are “gadgets.”
You buy the university weekly, which regards all those who do not agree with it as “Bolsheviki.” It thereby lays itself open to the charge of representing the “wool profiteers.” If you agree with the paper you will probably say “That’s the stuff to give the troops.” A café is a “cafe” (to rhyme with safe). Unsatisfactory things are “no bon.”
In short, university slang, instead of being the individual thing it was, has become the ordinary slang of the demobilised.

4 At the Universities of Oxford and Cambridge, prog is slang for a proctor, i.e., an officer having mainly disciplinary functions.