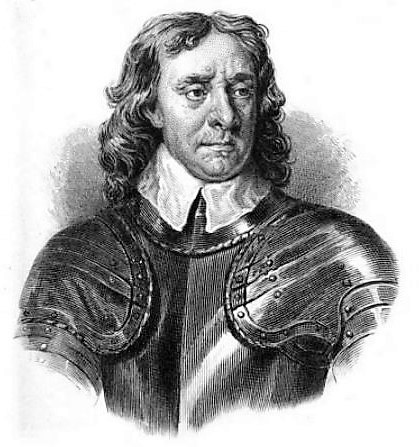 Oliver Cromwell – engraving after the portrait by Peter Lely
from Lives of Eminent British Statesmen (1838), by John Forster

The phrase warts and all means including features or qualities that are not appealing or attractive.

It is said to have originated in the instructions given by Oliver Cromwell¹ to the painter Peter Lely² to portray him as he truly was, without concealing his blemishes. This story first appeared in Anecdotes of Painting in England; With some Account of the principal Artists; And incidental Notes on other Arts; Collected by the late Mr. George Vertue; And now digested and published from his original MSS (Twickenham, 1763), by the English author and politician Horace Walpole (1717-97):

Captain Winde told Sheffield duke of Buckingham that Oliver certainly sat to him, and while sitting, said to him, “Mr Lely, I desire you would use all your skill to paint my picture truly like me, and not flatter me at all; but remark all these roughnesses, pimples, warts, and every thing as you see me, otherwise I never will pay a farthing for it.”

However, this account of Cromwell’s instruction to Lely, published many decades after their deaths, is most probably apocryphal. The Edinburgh Review, or Critical Journal of October 1841 gave a different version; the reviewer of Memoirs of the Life of Warren Hastings, first Governor-General of Bengal wrote, about the English statesman Warren Hastings (1732-1818):

He would have wished posterity to have a likeness of him, though an unfavourable likeness, rather than a daub at once insipid and unnatural, resembling neither him nor any body else. ‘Paint me as I am,’ said Oliver Cromwell, while sitting to young Lely. ‘If you leave out the scars and wrinkles, I will not pay you a shilling.’

Poetic licence allowed the American poet James Thomas Fields (1817-81) to make Cromwell utter yet different words in On a Portrait of Cromwell, published in Graham’s Magazine (Philadelphia, Pennsylvania) in September 1850:

“Paint me as I am,” said Cromwell,
“Rough with age and gashed with wars―
Show my visage as you find it―
Less than truth my soul abhors.”

The following extract from Lives of Eminent British Statesmen (London, 1838), by the English biographer John Forster (1812-76), shows the transition to the current phrase:

Let the reader turn to the careful engraving, after Lely’s portrait, prefixed to this volume―the only portrait I ever met with, among the hundreds that are in existence, which, to my mind, expresses Cromwell. It represents him on the eve of his assumption of the protectorate; and a story is told of Cromwell’s instructions to the “young man” who painted it, that he was not to inflict any “nonsense” on the canvass, but paint wrinkles, warts, and all.

On 30th September 1927, The Leeds Mercury (Leeds, Yorkshire) published the review of Winston Churchill—being an account of the life of the Right Hon. Winston Leonard Spencer Churchill, P.C., C.H., T.D., M.P., “the work of the entertaining but mysterious biographer” writing “under the singular-sounding name of ‘Ephesian’”:

The new “life” is a candid portrait in which, doubtless in accord with Mr. Churchill’s Cromwellian wish, none of the “warts” is left out. Even as a boy, self-confident, precocious and pugnacious, he was conscious of deficiencies for the career which he so clearly planned for himself, and did not hesitate to own them, determined to be hampered by no difficulty.
“I want you to cure the impediment in my speech,” he told Sir Felix Semon, the famous throat specialist, whom he went to see instead of going to the Eton and Harrow cricket match. “But that can’t matter so very much,” commented Sir Felix. “It won’t interfere with you in the Army.”
“You don’t understand,” was the reply. “Of course I am going into the Army first, but I mean to have a public career. Imagine my feelings as a Minister getting up to make an important speech, and haunted all the time by the idea that I must avoid every word beginning with an S.”

¹ Oliver Cromwell (1599-1658) was an English general and statesman. The leader of the victorious Parliamentary forces (or Roundheads) in the English Civil War, he was Lord Protector of the Commonwealth from 1653 until his death, and refused Parliament’s offer of the Crown in 1657. He was briefly succeeded by his son Richard (1626-1712), who was forced into exile in 1659.