This phrase originated in the advertising slogan for the Access credit card, which played on the notion that repayment was flexible as a result of the credit given; this slogan was:

The advertisements showed a literally flexible credit card engaged in all sorts of physical activities: gardening, painting, decorating, running, boxing, playing music, etc. The title of the earliest advertisement that I have found, from The Illustrated London News of October 1979, was:

A few card tricks everyone should know.

In one of the illustrations, the Access credit card was juggling bills: 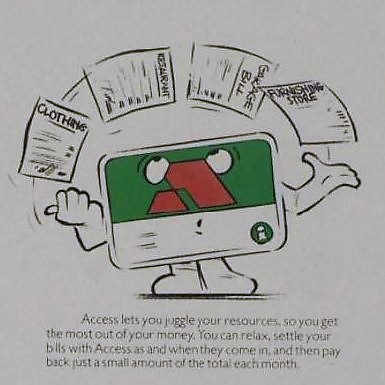 Access lets you juggle your resources, so you get the most out of your money. You can relax, settle your bills with Access as and when they come in, and then pay back just a small amount of the total each month.

The earliest use of flexible friend in the generic sense of a credit card that I have found is from the financial pages of The Guardian (London) of 22nd December 1981; the financial editor, Hamish McRae (born 1947), explained:

So “your flexible friend” has decided to be a bit more flexible on the amount he (or perhaps she) charges the retailer.
Since it is one of the periods when the credit card is a peculiarly useful device, spare a thought for what is really rather a primitive animal.
The fact that the Credit Card organisations like Access charge up to 5 per cent of the cost of a sale to the retailer is something worth reminding the buying public. Someone has to pay that 5 per cent, or whatever, and it is not ultimately the retailer: it has to be built into the profit margin on the product.
Just as it is your non-interest bearing credit balance on current account (or possibly your heavy interest-paying overdraft) that helps make cheque transactions look “free,” so it is the unseen charge that the credit-card company makes to the retailer that makes the credit-card sale look free too.