The Australian-English phrase further back, or further behind, than Walla Walla means at a disadvantage or delayed.

For example, the following is from the column Harness racing, by Bill Whittaker, published in The Sydney Morning Herald (Sydney, New South Wales) of Friday 30th April 1999:

Not so long ago during telecasts of the Australian Open, a golfer exclaimed: “I think I can still win though I’m further back than Walla Walla!”

John Hourigan explained the origin of this phrase in The Canberra Times (Canberra, Australian Capital Territory) of Saturday 26th April 1980—Goulburn is a city in New South Wales:

The Goulburn pacer Walla Walla [was] a sensational pacer of the 1930s, to whom is accorded the expression “Further back than Walla Walla”
Walla Walla conceded big handicaps in his races (he started from 288 yards at Goulburn in 1929) and hence the phrase developed.
Walla Walla set an Australian record of 2:02.4 for a mile in 1933, and this stood for seven years until broken by Lawn Derby (2:02). He also clocked 2:06 from a standing start and this was not broken until 1954. He set a world record, again from a standing start, of 2:04.2 at Addington (NZ) in 1934.

I have found a contemporary mention of Walla Walla in the Sydney Sportsman (Sydney, New South Wales) of Saturday 17th June 1933—Harold Park Paceway is a racecourse in Forest Lodge, a neighbourhood of Sydney:

Most interest will centre in the Harold Park Handicap, 2 miles, in which the champion, Walla Walla, is engaged.
He has been placed on 144 yards behind, which is asking him to do 4.26, a 2.13 gait.
In his two recent wins he won over a mile and a half at a 2.13 gait, and it now remains to be seen if he can see out the two miles at a similar rate.
Sheik, who holds the record for the race, 4.24, started off 168 yards behind—24 yards further back than Walla Walla. Sheik was hoppled, Walla Walla will be unhoppled.
Being unhoppled may be no detriment to Walla Walla over the longer distance as he paces honestly without the straps.

This photograph of Walla Walla was published in The Telegraph (Sydney, New South Wales) of Tuesday 25th September 1934: 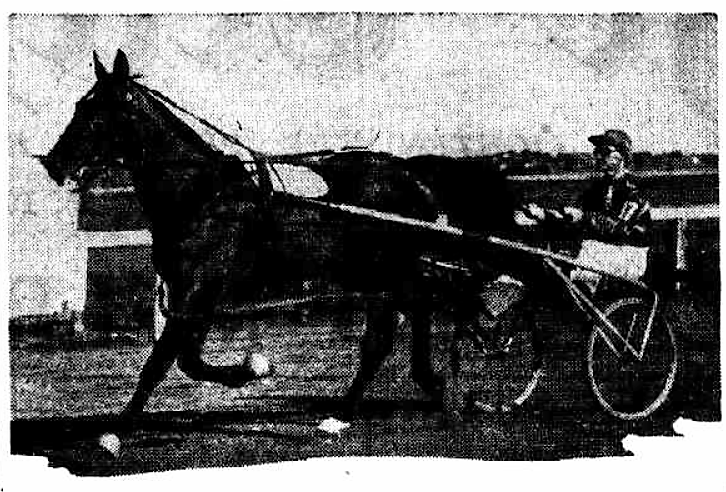 The earliest occurrence of the phrase that I have found is from Inside story of Sydney gambling: Comedian beats baccarat racket by system, published in The Sunday Sun (Sydney, New South Wales) of Sunday 14th August 1949:

Celebrated English comedian Freddie Bamberger, talking by radiophone from New Zealand to The Sunday Sun this week, gave an inside story on Sydney’s baccarat organisation.
Bamberger, who has a system which he learned at Monte Carlo and Cannes, said he won about £2000 at baccarat games while he was in Sydney.
“Most people lost,” he said. “I didn’t patronise one big baccarat game because I was advised not to. I was told that the game was crooked.”
[…]
“I asked a man who knew what went on in Sydney about that school and told him I would like to try out my system there.
“He said, ‘No, Freddie, don’t go there; you’ll lose your money; they’ll take the shirt off you; they’ll leave you for dead; you’ll be farther back than Walla Walla.’
“I’m glad I took his advice because I also asked some other people and they told me the game was crooked.”