MEANING OF ONLY HERE FOR THE BEER

How do you like your Gilbert and Sullivan? I’m a traditionalist, which rather spoiled the anticipated enjoyment of Omnibus at the Proms.
The whole production, well-performed as it was, seemed to pander so much to the over-enthusiasm of the flag-waving front row that it became more like a charade.
It makes you wonder if they are more interested in their own performance than the music. “I’m only here for the beer,” is the unfortunate impression they create.

And, in Fan-tastic, published in the Evening Herald (Dublin, County Dublin, Ireland) of 12th June 2002, Richard Delevan explained why Irish football fans were welcomed in Japan and South Korea, the host countries of the 2002 FIFA World Cup:

Part of this is no doubt down to contrast with our troublesome neighbours from Perfidious Albion. It’s simply such a relief for a Japanese cop or Korean restaurateur when he sees an Irish passport – after thinking you were English – that it’s no wonder they’re happy to see you. They’ve probably seen the footage from the last time those folks were allowed to visit at Lansdowne Road.
And perhaps we’re also welcomed because there is a perception that “we’re only here for the beer.”
We haven’t become jaded with the expectation of victory, like Brazil or France. Football, though it’s a great diversion and a great excuse to take paid half-days off this month, is not life or death in Ireland.

ORIGIN OF ONLY HERE FOR THE BEER

This phrase originated in I’m (also We’re and They’re) only here for the beer. It’s Double Diamond, which was the slogan of an advertising campaign for Double Diamond, an English pale ale.

All the advertisements using that slogan that I have found were published in the Daily Mirror (London, England) from 1st November 1969 to 11th September 1971.

Here are the first three advertisements, from the Daily Mirror: 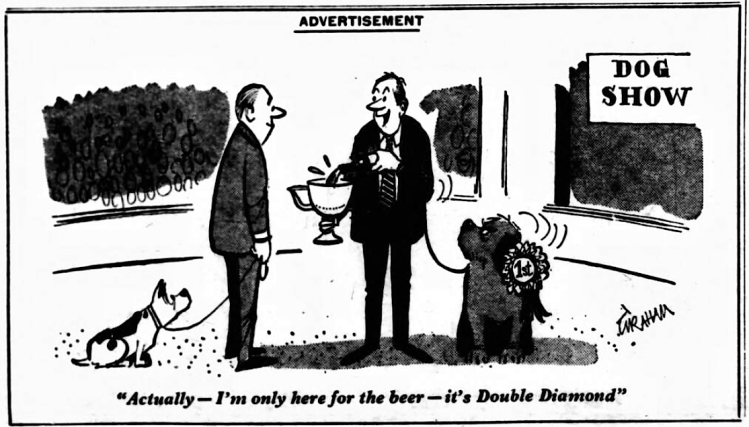 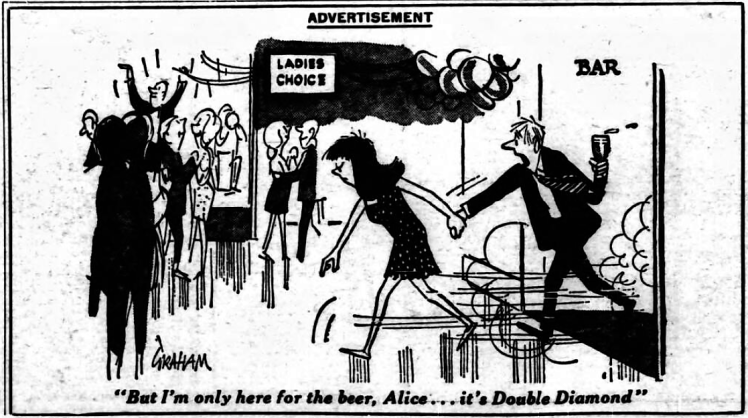 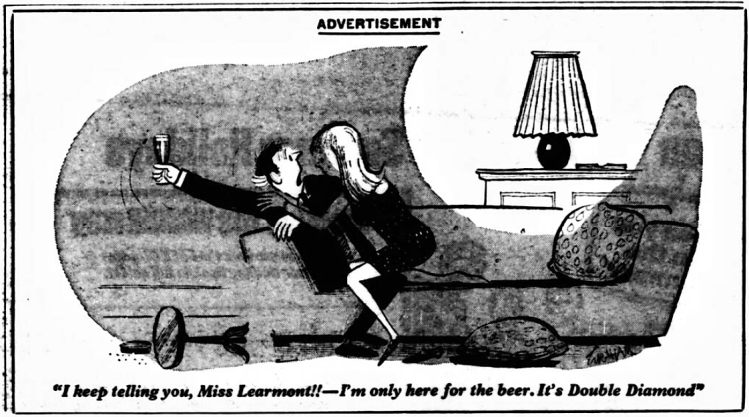 “I keep telling you, Miss Learmont!!—I’m only here for the beer. It’s Double Diamond”

As early as 23rd May 1970, in the same newspaper, the Daily Mirror (London, England), only here for the beer was used as a phrase (i.e. without explicit reference to the advertising slogan), albeit in a literal sense:

Skol! The Vikings hit town . . but they are only here for the beer

Looks like the tourist season again.
A fellow hasn’t a chance of getting to the bar with all these strange customers invading the local for a beer.
This warlike party of Vikings staged their raid in London’s fashionable Knightsbridge yesterday.
Despite their appearance, they were in town on a peaceful mission—to promote Shetland Isles knitwear. The Shetland Islanders are mostly descended from the Vikings.
The party will also take part in a Festival of London Stores parade on Monday.
And yesterday, just to show how even the Vikings can be won over, they propped themselves and their shields at the bar . . . and settled down for a drinking session. Skol! 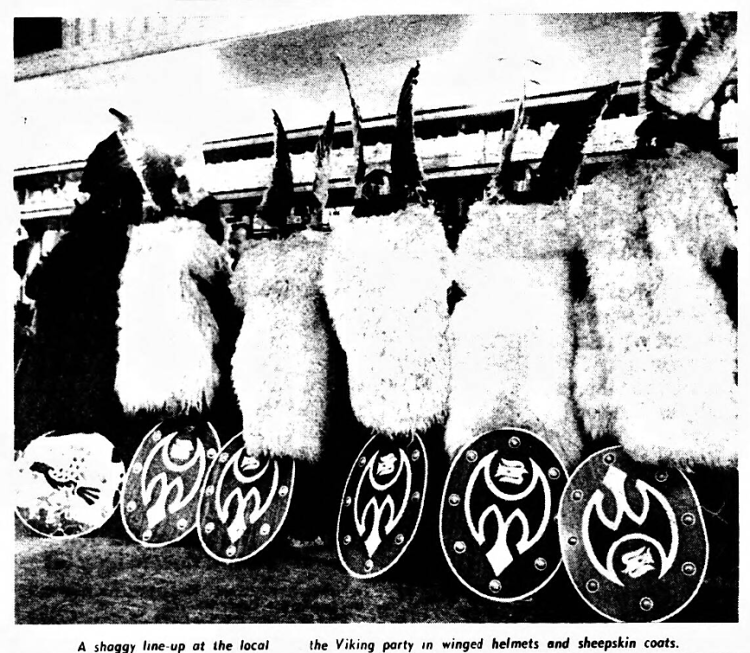 A shaggy line-up at the local . . the Viking party in winged helmets and sheepskin coats.