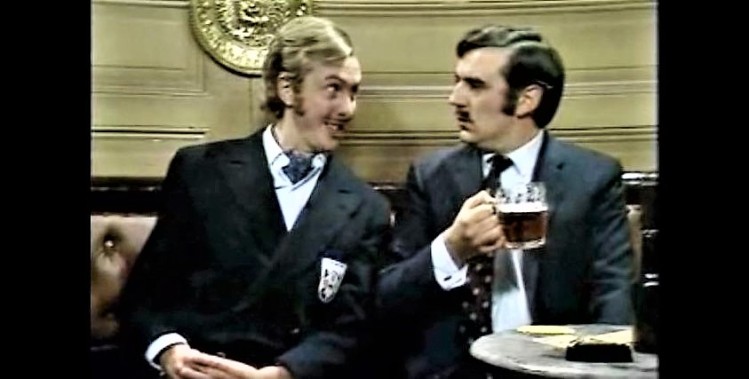 The phrase a nod is as good as a wink acknowledges that a hint or suggestion can be or has been understood without the need of further elaboration or explanation. (Here, wink means a glance or significant movement of the eye.)

The earlier form of the phrase is a nod is as good as a wink to a blind horse. Because of the word blind, it has been said that the original sense of the longer form was the opposite, that whatever sort of hint one may give, whether a nod or a wink, some people are unable to understand it. But its meaning was in fact the same as that of the abbreviated form, as shown by its earliest attestation, from The False Guardians Outwitted (London, 1740), a “Ballad Opera” by the otherwise unknown William Goodall, who, in the preface, makes this appeal to “the Fair Sex”:

As it is Leap-Year, I take this Opportunity to inform ’em, that I am a Batchelor, and that I hope they will not be backward in supporting the Proverb, and persuing the Gallantry which Leap-Year allows the Fair Sex. If any shou’d be desirous to make their Addresses, they need not despair in the Attempt; for I do assure ’em, that I may be very easily won; and good Nature will do much. […] And therefore I must say this for myself, that, if they are a small Matter too bashful, I am not extremely dull of Apprehension; and a Nod is as good as a Wink to a blind Horse.

The phrase was then used by the satirist John Williams (1754-1818) in The Royal Academicians (London, 1786), a farce written under the pen name of Anthony Pasquin:

A variant was mentioned in The Old Lady in her Tantarums: Or Mother Oxford Ranting at Her Eldest Son K-NG (Eton, 1750), a satirical text by John Burton (1696-1771), fellow and tutor of Corpus Christi College, Oxford University:

There is a common Proverb that a Nod to a blind Horse is as good as a Wink.

According to the anonymous author of The Englishman in Paris; A Satirical Novel (London, 1819), an Irish variant was a beck is as good as a wink to a blind man.

The variant a nod’s as good as a wink to a blind bat first appeared in Nudge Nudge, a sketch from the third episode of the British comedy series Monty Python’s Flying Circus, which was first broadcast on the BBC on 19th October 1969. This sketch features the author, Eric Idle (born 1943), and Terry Jones (born 1942) as two strangers who meet in a pub; the conversation thus begins:

After a series of questions full of smutty double entendres about Jones’s wife, Idle asks him whether he has “slept with a lady”; when Jones answers that he has, Idle enquires: “What’s it like?”.